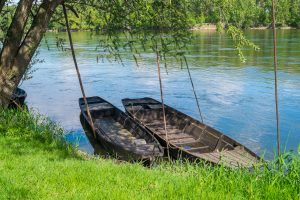 Social Phobia, which is more commonly called Social Anxiety is characterized by intense fear of social situations in which the person feels he or she may be judged negatively or may embarrass his or herself. Often the fear is manifests as symptoms that may be observed by others.

These may include a quivering voice or stammering, shaky hands sweating and sometimes even blushing. The visibility of these symptoms, of course, makes the internal experience of anxiety even greater and leads to avoidance of an increasing number of social situations.

At times, a social situation may cause such intense anxiety that an individual has an actual panic attack. Unfortunately, avoidance tends to amplify fear and the ensuing symptoms and the condition becomes more and more debilitating.

Social Anxiety, like many of the varieties of OCD, can be remarkably different from individual to individual. Some people may be fearful of one-on-one conversations with strangers or authority figures such as teachers or of dating, but not be afraid of public speaking engagements. Other people have intense fear of speaking in front of groups of people, in class, at business meetings or parties, weddings or other social gatherings, but they may be fine with dating or one-on-one conversations. Other situations that people with Social Anxiety might avoid include; speaking on the telephone, job interviews, reading in class, shopping, ordering food in restaurants, being in crowds such as at concerts or stadiums, malls or movie theaters. For some it has more to do with performance and so they avoid team sports or dance or drama classes.

The avoidance becomes a compulsive way of dealing with or neutralizing the obsessive fear of being judged, being seen awkward, boring or otherwise unworthy. There is often a great deal of anticipatory anxiety if a situation cannot be avoided and then a period of ruminating on possible negative evaluations by others for hours afterwards. Minor details become the focus of intense regret and rumination.

The treatment of Social Anxiety is very similar to the treatment of OCD because there are similar dynamics at work. Cognitive-Behavioral Therapy is used to address the distorted perceptions and to reduce the overall level of anxiety. Various types of “Exposure Therapy” are also critical in order to provide both imagined and actual experiences of managing the feared social situations more comfortably. Finally, an over all approach that teaches distress tolerance and emotion regulation through mindfulness can help individuals to become more comfortable with being uncomfortable.