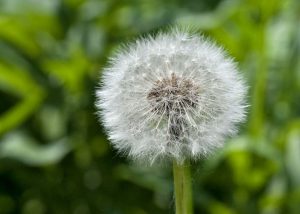 Trichotillomania is diagnosed when a person compulsively and repetitively pulls out their own hair, causing observable hair loss and/or bald patches. A feeling of tension usually precedes the pulling, especially when one is trying to resist the urge, followed by a feeling of pleasure, relief, or gratification present while in the act of pulling.

Trichotillomania is sometimes defined as an impulse control disorder, sometimes as a form of habit or addiction, and more recently, has been discussed as a “body-focused repetitive behavior” (BFRB). BFRB’s are defined as “repetitive self-grooming behaviors in which pulling, picking, biting or scraping of the hair, skin or nails result in damage to the body” (Trichotillomania Learning Center: http://www.trich.org/dnld/ExpertGuidelines_000.pdf).

Pulling often occurs during sedentary activities, and subjects will usually say that they do it when they are bored. They often find themselves pulling while in a class lecture or a meeting, while watching television, talking on the phone, lying in bed or when on the computer. But, like OCD and other OCD Spectrum disorders, trichotillomania can take many forms. Sometimes people engage in pulling very intentionally, and may wait until a certain time of day or when they are in a certain location.

While people most frequently pull the hair on their head and face, including eyelashes and eyebrows, they may also pull from the pubic area, arms and legs, or beard and chest. Additionally, they may switch areas in order to make the effects less visible. “Trich” also varies in severity from mild cases, which can be dealt with by increasing awareness, attention and concentration, to more severe cases in which individuals may pull without conscious awareness or be unable to resist the urge.

Other factors that tend to vary widely are the precursors to pulling and the duration and intensity of pulling sessions. Some individuals report experiencing high levels of stress and tension prior to pulling or express feeling an irresistible urge. Sometimes people report not even being aware that they have begun to pull their hair. They may “wake up” once a pulling session is well underway. Afterwards, people usually report a sense of relief much like those who have OCD feel when they engage in compulsive behavior. However, the relief is often followed by regret and renewed commitments to stop.

Melissa treats individuals with Trichotillomania through a combination of individual and group therapy. She has found that Cognitive-Behavioral Therapy (CBT) and Habit Reversal Training (HRT) are key components.

Cognitive Behavioral Therapy has been shown to help individuals learn to think differently about their hair and about their life events in order to find alternative, less destructive, ways to relieve their stress and anxiety. By addressing unhelpful or unskillful thought patterns, feeling states can improve dramatically. Individual therapy also provides the opportunity to address underlying issues and behavioral patterns that create the state of tension in the first place.

Habit Reversal Training consists of many different components. First, it is critical to train a person to become more aware of bodily and mental signs so that they can better predict the onset of the behavior. Individuals are then taught to find another behavior to engage in that makes the pulling or picking impossible – a competing behavior. This might be something as simple as clenching their fists and putting them in their pockets. It is also extremely helpful at this point to enlist social support. Reaching out to family members, friends, or other people who suffer from BFRB’s can be very effective in shifting a person’s thoughts away from the urge.

Acceptance and Commitment Therapy (ACT) is a form of behavioral therapy developed by Steven Hayes that helps people learn to open up to and accept experiencing their feelings. Letting go of the struggle to get rid of uncomfortable feelings provides a true sense of relief. When thoughts and feelings are observed without judgment, there is less of an urge to act on them, resulting in an increased tolerance of feeling states, which allows people to live their lives and to continue to move in the direction of their values in spite of their discomfort.

Group therapy is a perfect format for teaching skills such as cognitive restructuring, mindfulness and how to employ habit blockers. Group therapy is particularly helpful with Trichotillomania because the experience of not being alone with this often confusing and isolating disorder can be extremely supportive.